Baby ears! One of my favorite topics as of late! With Dempsey’s activation on Thursday the 26th (so close!), I thought I would take a few minutes to do a little Q&A format with some of the most common questions we’ve been asked about Dempsey! Price and I have learned so much in the past ten months, and are more than happy to share and to create awareness about baby hearing loss, deafness, and how to find the light in it all!

Here are some of the questions we are most commonly asked!

How did y’all find out Dempsey was deaf?

We were clued into the fact that Dempsey might have some hearing problems when he was two days old. He referred (failed) his newborn hearing screening that they did with him in the hospital. We were told that 40% of babies refer on this screening, but that less that one percent of babies actually have hearing loss. After two in-depth hearing tests (called ABRs), it was confirmed that Dempsey is indeed profoundly deaf.

How common is hearing loss in infants?

It’s considered somewhat common, but about 3 in 1,000 babies are born with some degree of hearing loss. I can’t seem to find any hard data about how many are born with profound hearing loss in both ears, but I’m thinking that’s a good bit more rare. There are all types of hearing loss, from mild to moderate to profound. And one ear can be involved, or it can be both. It can be something a child is born with, or it can be developed over time. We are so thankful that there are amazing doctors and amazing things like cochlear implants that are available to us! Praise God for smart people who study all this stuff!

Can Dempsey hear yet?

This is definitely confusing for those who don’t know anything about cochlear implants (which is a category I fit into this time last year!) but no, he cannot hear yet! He had his cochlear implant surgery back in August, but that was to implant the internal mechanism. We have to wait about a month for all of the swelling to go down, and for maximum healing in his little ears to occur, before his external processors are put on and he hears sound for the first time! This happens Thursday! (the 26th)

How much could he hear before his implant surgery?

None. Zero. Nada. This sweet baby was born completely deaf. We had construction going on at our house for a couple of months after the Demps was born and he slept right on through the jack hammers and nail guns punctuating the soundtrack of our home for that extended period of time. I knew he was deaf before he had his first ABR because of the lack of reaction to a jack hammer about 20 feet away from him. (We were in my room napping and the workers were fixing the foundation on the porch that attaches to our room. The sound about sent me through my skin, and Dempsey bean just kept on a’snoozin!)

Have y’all watched those vides of babies hearing sound for the first time on youtube?

We have! They are amazing and so sweet!! We do plan to film the moment he first hears sound, but our expectations have been tempered, as Price says. Those videos are precious and so warm and fuzzy, but those are not the norm. With babies this young, the normal reaction is scared screaming! Imagine hearing sound for the first time in your life after being in your own little completely silent world. There’s going to be quite an adjustment for SURE! Of course we hope Dempsey smiles and loves his first sounds, but we will just have to see 🙂

Do you know what caused his hearing loss?

We don’t! I have been asked some of the weirdest questions of my life by Dempsey’s doctors, trying to pinpoint what could’ve caused it. Questions about family history, about my pregnancy, about my working conditions, about certain experiences I may or may not have had while pregnant. Yet nothing gives us an answer. When Dempsey was under for his surgery, they drew some blood to send off to get tested to see if that tells us anything, but we haven’t heard back on that yet. It’ll likely be several weeks before we know anything related to that.

Honestly, it was much easier than I expected! Babies are so resilient! His surgery was early on a Thursday morning and took about four hours. We stayed at the hospital a few hours afterwards to make sure he was doing ok, then we got to take him home! He was a little fussy when he was awake the day of, but once he fell asleep that night he slept like a log! The next day, he was a good bit swollen, but he was all smiles! He was ready to get right back into playing with his brother and sister. He did have to wear the ear domes for about two days, which were a tad cumbersome, but once we were able to take those off, he did so well. We got the tape from his incisions behind his ears removed about two weeks post surgery and his incisions looked so good and clean! Here he is the day after his surgery. Sweet little swollen dude eating a snack!

Do Wilson and Lily Ryan understand that Dempsey can’t hear them?

Sometimes I think they can, and sometimes they act like they have no idea. Wilson does seem to have a better clue than Lily Ryan, just because he’s older and more inquisitive about how things work and why things are the way they are. Lily Ryan will sometimes sit at the table calling Dempsey’s name, then get frustrated that he isn’t turning around to show her he’s listening. It’s really kind of funny! She’s so hard headed that, despite the fact that we’ve told her many many times that Dempsey can’t hear, she just takes in the info she wants to take in! haha

Once he is activated, how much will he be able to hear?

Once The Bean has his ears turned on, he will definitely be able to hear, but it won’t be much at first. They’re gonna start him off on a very low volume. We have what they call mapping appointments every few weeks to do more adjusting on his processors. From what I understand, Price and I will be able to up Dempsey’s sound level a little bit ourselves if we feel like he’s ready. But at all of our mapping appointments, it is our understanding that they will up his sound a little bit and tweak the signals that are allowing him to hear. Honestly, I’m not 100% sure how this gradual increase will look. We are going to be taking that part as it comes!

Eventually, though, we are hoping that Dempsey will be able to hear about as normally as you or I do! He should be able to participate in normal conversations, learn in normal classroom settings, and lead a very full and wonderful life! It’ll take some work, but it’ll be wonderful 🙂

Will he be able to hear while he’s asleep?

No, he won’t! The thing about cochlear implants is, when you take off the external processors, there’s nothing sending sound to the internal processor to feed sound to his brain. So he will still be the rockstar sleeper that he currently is (**knock on wood**) because we will be able to take his ears off at night (and during nap) for him to rest. Also, the external processors will have to charge at night to be ready to go for the next day!

That’s all I’ve got for ya today! If you have any other questions, feel free to drop them in the comments and I’ll answer them! We are so excited about Thursday the 26th. Gonna be a cool day no matter how he reacts! Thanks for being on our team through all of this.

“But he said to me, ‘My grace is sufficient for you, for my power is made perfect in weakness.’ Therefore I will boast all the more gladly about my weaknesses, so that Christ’s power may rest on me.” 2 Corinthians 12:9

Sharing both of our tried and true Griswold-y cock

I wanted to find a family pic for this post becaus

Went to the Miracle pop-up bar at @apothecaryjxn o

A fun Christmas #merrygoldfoodtrays board for my f

Wilson is EIGHT today and I simply cannot believe

Fun fact: One of my first big fights with Price af 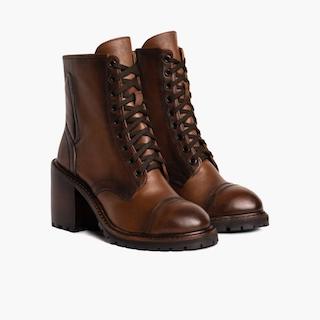